Question: Tyrannosaurus rex was a fast runner.
Answer: T. rex, once thought to be a fast runner, probably moved at about an elephant’s speed—about 12.5 miles (20 kilometers) per hour at maximum.

Question: All dinosaurs were ferocious.
Answer: Although dinosaur means "terrible lizard," many of these early reptiles were not terrible at all. Some were only the size of rabbits, and many others were vegetarians.

Question: Most plant-eating dinosaurs had no teeth.
Answer: Dinosaurs came equipped with teeth. The huge Barosaurus, an herbivore, had dozens; other herbivores had many hundreds of teeth! 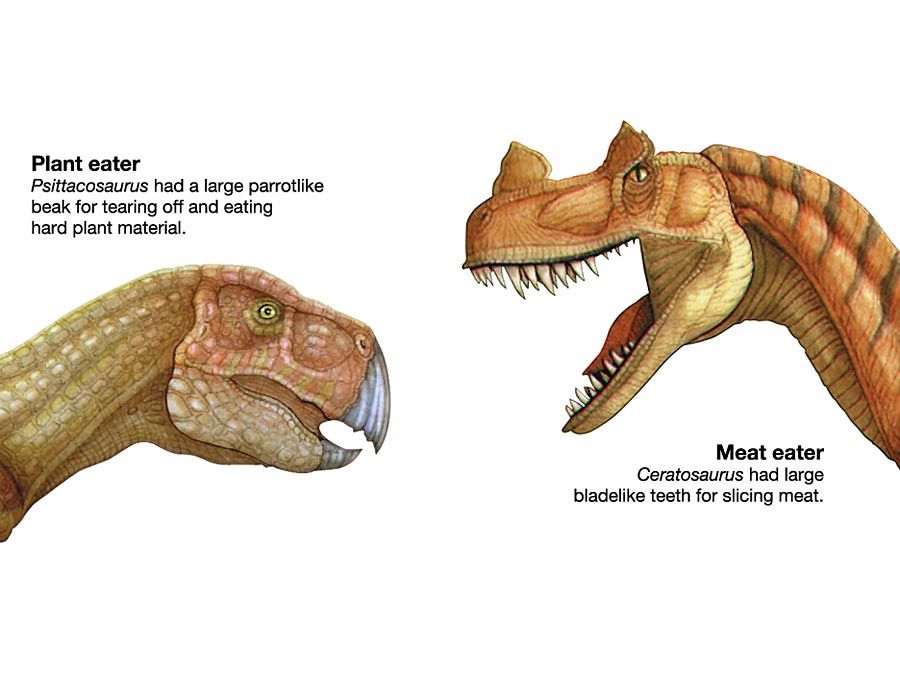 Is it common to come across a complete dinosaur skeleton? Was the Tyrannosaurus rex a fast runner? Take this quiz to test your knowledge of these magnificent extinct creatures.

Technology
Mobile Phones
Browse All Quizzes
Your results
Question Question {{($index + 1)}}
Your Answer:
{{vm.state.responses[$index].isCorrect ? 'Your' : ''}} Correct Answer:
Are you a quizmaster?
Share Your Score:
Facebook Twitter
Compare your score
Max Score: {{vm.maxPoints}}
New Best Score!
{{vm.state.score|number:0}}
{{vm.communityAverage|number:0}}
Your Score
Community Average
High scores
Login or Join to track your quiz stats, save your best scores, and compete with the community!
Your preference has been recorded
Step back in time with Britannica's First Edition!