Novel
literature
Media
Print
Please select which sections you would like to print:
Thank you for your feedback

literature
WRITTEN BY
Anthony Burgess
Anthony Burgess (1917-93) was an English novelist, critic, and man of letters whose fictional explorations of modern dilemmas combine wit, moral earnestness, and a note of the bizarre. His A Clockwork...

Novel, an invented prose narrative of considerable length and a certain complexity that deals imaginatively with human experience, usually through a connected sequence of events involving a group of persons in a specific setting. Within its broad framework, the genre of the novel has encompassed an extensive range of types and styles: picaresque, epistolary, Gothic, romantic, realist, historical—to name only some of the more important ones. 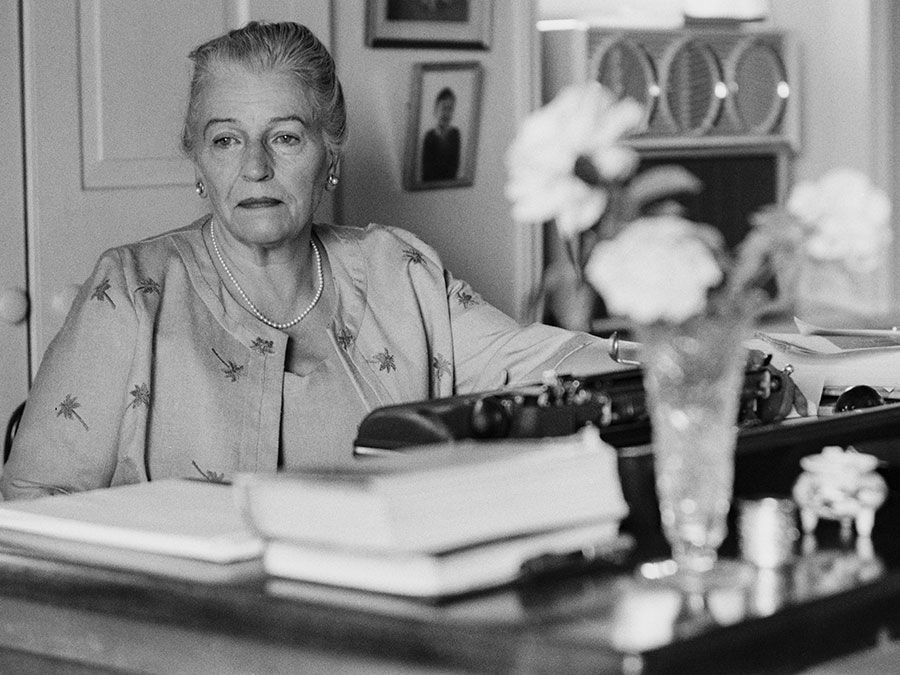 Britannica Quiz
Novels and Novelists Quiz
Who among these authors wrote only one novel?

The novel is a genre of fiction, and fiction may be defined as the art or craft of contriving, through the written word, representations of human life that instruct or divert or both. The various forms that fiction may take are best seen less as a number of separate categories than as a continuum or, more accurately, a cline, with some such brief form as the anecdote at one end of the scale and the longest conceivable novel at the other. When any piece of fiction is long enough to constitute a whole book, as opposed to a mere part of a book, then it may be said to have achieved novelhood. But this state admits of its own quantitative categories, so that a relatively brief novel may be termed a novella (or, if the insubstantiality of the content matches its brevity, a novelette), and a very long novel may overflow the banks of a single volume and become a roman-fleuve, or river novel. Length is very much one of the dimensions of the genre.

The term novel is a truncation of the Italian word novella (from the plural of Latin novellus, a late variant of novus, meaning “new”), so that what is now, in most languages, a diminutive denotes historically the parent form. The novella was a kind of enlarged anecdote like those to be found in the 14th-century Italian classic Boccaccio’s Decameron, each of which exemplifies the etymology well enough. The stories are little new things, novelties, freshly minted diversions, toys; they are not reworkings of known fables or myths, and they are lacking in weight and moral earnestness. It is to be noted that, despite the high example of novelists of the most profound seriousness, such as Tolstoy, Henry James, and Virginia Woolf, the term novel still, in some quarters, carries overtones of lightness and frivolity. And it is possible to descry a tendency to triviality in the form itself. The ode or symphony seems to possess an inner mechanism that protects it from aesthetic or moral corruption, but the novel can descend to shameful commercial depths of sentimentality or pornography. It is the purpose of this section to consider the novel not solely in terms of great art but also as an all-purpose medium catering for all the strata of literacy.

Such early ancient Roman fiction as Petronius’ Satyricon of the 1st century ad and Lucius Apuleius’ Golden Ass of the 2nd century contain many of the popular elements that distinguish the novel from its nobler born relative the epic poem. In the fictional works, the medium is prose, the events described are unheroic, the settings are streets and taverns, not battlefields and palaces. There is more low fornication than princely combat; the gods do not move the action; the dialogue is homely rather than aristocratic. It was, in fact, out of the need to find—in the period of Roman decline—a literary form that was anti-epic in both substance and language that the first prose fiction of Europe seems to have been conceived. The most memorable character in Petronius is a nouveau riche vulgarian; the hero of Lucius Apuleius is turned into a donkey; nothing less epic can well be imagined.

The medieval chivalric romance (from a popular Latin word, probably Romanice, meaning written in the vernacular, not in traditional Latin) restored a kind of epic view of man—though now as heroic Christian, not heroic pagan. At the same time, it bequeathed its name to the later genre of continental literature, the novel, which is known in French as roman, in Italian as romanzo, etc. (The English term romance, however, carries a pejorative connotation.) But that later genre achieved its first great flowering in Spain at the beginning of the 17th century in an antichivalric comic masterpiece—the Don Quixote of Cervantes, which, on a larger scale than the Satyricon or The Golden Ass, contains many of the elements that have been expected from prose fiction ever since. Novels have heroes, but not in any classical or medieval sense. As for the novelist, he must, in the words of the contemporary British-American W.H. Auden,

Become the whole of boredom, subject to

Be just, among the Filthy filthy too,

And in his own weak person, if he can,

Must suffer dully all the wrongs of Man.

The novel attempts to assume those burdens of life that have no place in the epic poem and to see man as unheroic, unredeemed, imperfect, even absurd. This is why there is room among its practitioners for writers of hardboiled detective thrillers such as the contemporary American Mickey Spillane or of sentimental melodramas such as the prolific 19th-century English novelist Mrs. Henry Wood, but not for one of the unremitting elevation of outlook of a John Milton.

The novel is propelled through its hundred or thousand pages by a device known as the story or plot. This is frequently conceived by the novelist in very simple terms, a mere nucleus, a jotting on an old envelope: for example, Charles Dickens’ Christmas Carol (1843) might have been conceived as “a misanthrope is reformed through certain magical visitations on Christmas Eve,” or Jane Austen’s Pride and Prejudice (1813) as “a young couple destined to be married have first to overcome the barriers of pride and prejudice,” or Fyodor Dostoyevsky’s Crime and Punishment (1866) as “a young man commits a crime and is slowly pursued in the direction of his punishment.” The detailed working out of the nuclear idea requires much ingenuity, since the plot of one novel is expected to be somewhat different from that of another, and there are very few basic human situations for the novelist to draw upon. The dramatist may take his plot ready-made from fiction or biography—a form of theft sanctioned by Shakespeare—but the novelist has to produce what look like novelties.

The example of Shakespeare is a reminder that the ability to create an interesting plot, or even any plot at all, is not a prerequisite of the imaginative writer’s craft. At the lowest level of fiction, plot need be no more than a string of stock devices for arousing stock responses of concern and excitement in the reader. The reader’s interest may be captured at the outset by the promise of conflicts or mysteries or frustrations that will eventually be resolved, and he will gladly—so strong is his desire to be moved or entertained—suspend criticism of even the most trite modes of resolution. In the least sophisticated fiction, the knots to be untied are stringently physical, and the denouement often comes in a sort of triumphant violence. Serious fiction prefers its plots to be based on psychological situations, and its climaxes come in new states of awareness—chiefly self-knowledge—on the parts of the major characters.

Melodramatic plots, plots dependent on coincidence or improbability, are sometimes found in even the most elevated fiction; E.M. Forster’s Howards End (1910) is an example of a classic British novel with such a plot. But the novelist is always faced with the problem of whether it is more important to represent the formlessness of real life (in which there are no beginnings and no ends and very few simple motives for action) or to construct an artifact as well balanced and economical as a table or chair; since he is an artist, the claims of art, or artifice, frequently prevail.

There are, however, ways of constructing novels in which plot may play a desultory part or no part at all. The traditional picaresque novel—a novel with a rogue as its central character—like Alain Lesage’s Gil Blas (1715) or Henry Fielding’s Tom Jones (1749), depends for movement on a succession of chance incidents. In the works of Virginia Woolf, the consciousness of the characters, bounded by some poetic or symbolic device, sometimes provides all the fictional material. Marcel Proust’s great roman-fleuve, À la recherche du temps perdu (1913–27; Remembrance of Things Past), has a metaphysical framework derived from the time theories of the philosopher Henri Bergson, and it moves toward a moment of truth that is intended to be literally a revelation of the nature of reality. Strictly, any scheme will do to hold a novel together—raw action, the hidden syllogism of the mystery story, prolonged solipsist contemplation—so long as the actualities or potentialities of human life are credibly expressed, with a consequent sense of illumination, or some lesser mode of artistic satisfaction, on the part of the reader.